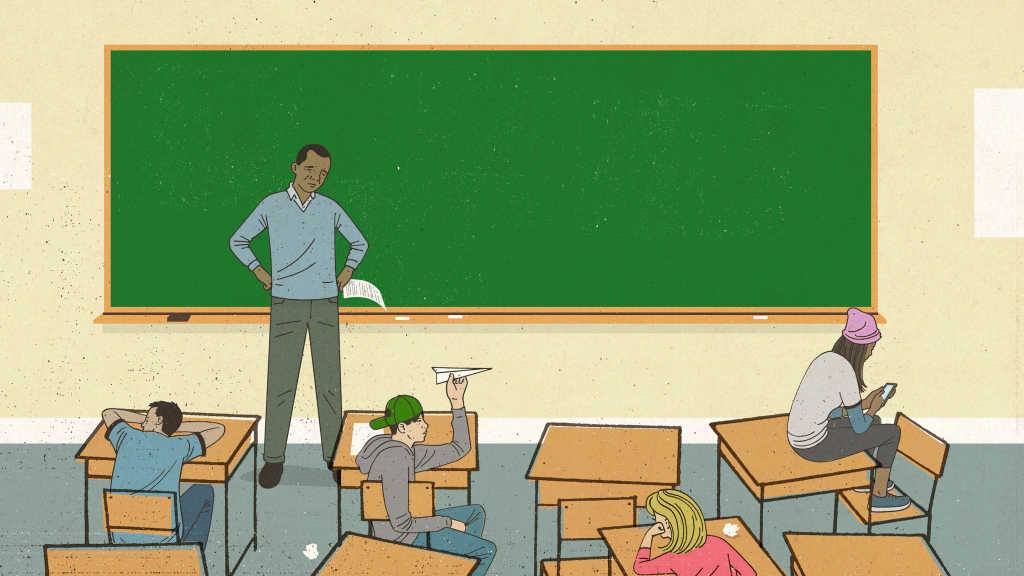 While you might think you’re on the right track on managing your students’ behavior and maintaining order in the classroom.  However, there are so many mistakes that you could be making without even realizing it that can result in things like;

In this article, I’ll help you identify the few errors that you might be making and a couple of solutions that you can implement to solve these problems.

1. Reacting to surface-level behavior (and ignoring the underlying cause)

For any student’s behavior, there is always a cause, and that’s what usually has to be addressed instead of the act. Examples of bad behaviors and their causes include;

To properly address these issues, you must meet the student and ask them why they acted the way they did, and whatever you’ll do next will be determined by the answer you get.

As a teacher, it’s important that you don’t take anything lightly, whether it has caused a slight disruption or not. Even though you might not want to address the issue yet, you have to take note of it.

On the other hand, ignoring certain issues will do more harm than good, as chaos will seemingly suddenly erupt and you won’t have anything to do about it.

Yeah I know I talked about the need for you to notice any and every behavior that your students display, but you don’t have to confront them on literally everything. This is because;

Sometimes it’s hard to determine when to speak up about a students’ behavior. However, I believe that it’s better when you’re in position to show that you’ve been observing them for a while.

As a teacher, the urge to feel a particular leaning and inclination toward a student or group of students is perfectly human, though not recommended for you. To manage your classroom well, you have to be neutral to all students regardless of;

If you aren’t fair about your approach to learners, it will soon cause problems that arise from discontentment and bitterness thereof.

Sometimes when you make a slight joke about a student, fellow students will encourage you with a laugh, and who wouldn’t want to be the funny guy? However, there are some things you’ll say that will make students feel bad like;

These kinds of public shaming can be extremely detrimental to the establishment of order in your classroom in ways like;

As you set your rules and regulations for your students, there are so many times that you’ll find resistance. However, this will hit you even harder if you expected automatic compliance from your students.

As humans, we hate rules, even though we know that they’re the only thing that keeps us in check and prevents chaos. You should know this as you deal with your students.

7. Not checking your biases

There are so many reasons why you could be biased about a student or group of students based on things like;

8. Sounding warnings after crimes have already been committed

Every class teacher must have a set of rules and regulations to govern the class and keep the students in check. However, it’s always hard to warn your students or unleash your golden set of rules after they’ve already broken them.

Even though students are this rebellious gang on young people that think they got it all figured out, they’re not supposed to be monitored in a way that will always affect their focus, concentration and comfort.

This is why you have to outsource some things to your class leaders so that they can help you control the classroom.

Even though your expertise will do a lot to determine how you handle your students, sometimes and almost all the time, you’ll make mistakes. However, this doesn’t mean that your career shall be affected by those mistakes if you can find ways to correct them.

How to keep students deeply engaged in online discussions