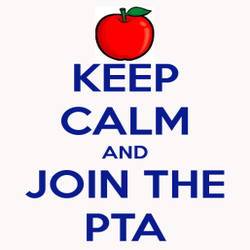 The Parent Teacher Association (PTA) is extremely important because of the numerous benefits it has to parents, teachers and students through uniting them. However, this doesn’t mean that parents have been able to welcome it as they are expected to. Some of the reasons include;

In this article, we discuss some of the brilliant ways that members of the PTA can improve their activities to attract others even without inviting them in.

Some parents fail to join the PTA because they believe it is not easy to understand – or everything about it is complicated. Here are some of the ways you can make it easy for parents to understand;

By making things easy, you attract more parents to join the PTA and have the perfect sense of belonging.

Everyone loves to feel like they have a say in their own fate. No one would be absolutely content with the leadership system if they felt like the leaders were just being appointed by a seemingly superior authority.

Instead, the PTA should organize a democratic system in which they nominate candidates who meet the requirements, vote and announce their respective leaders in a smooth way.

Parents are usually very busy people – and even if otherwise, no one wants to feel like they’re being ambushed.

You have to inform parents of meetings when they’re still a couple of months away. This means even if there’s something urgent you want to communicate, phones and social media are a far better option.

There are so many things you’ll be capable of doing as an association. This means you have to be able to make good and rational decisions for the association.

That is exactly why you need a constitution for the association, because you can’t rely on the sobriety, temperament and decisions of just one person at the head.

There’s a lot that the community of people outside the school can do if they join the PTA. This is because it becomes bigger – and bigger is usually better in this case.

6. Task students to explain to their parents

When students know and like what they’re explaining to their parents, they’re more likely to influence their parents to go for it. That explains the usually irrational purchases that parents make for their children.

Therefore, explaining this thing to students and enticing them by setting a reward upon a successful invite is one way to get the numbers growing.

In the beginning, there are a few parents that will really get this thing and feel enticed to join it for the good of the school and their students.

However, you shouldn’t be afraid to start – because then, they’ll find you along the way.

While explaining and trying to attract parents into this association, there are so many things you’ll explain to them. However, make sure you explain everything to them on a personal level. Here are some tips;

9. Ask for (and welcome) their ideas on spending

While there will be so many parents in the PTA that contribute to the school’s cause, they will have their own ideas and suggestions on how they think the money should be rightfully spent.

Listening to the parents doesn’t mean you have to act on all their ideas. While suggesting, they probably won’t tell the difference between short term and long term goals.

Right from paying school fees to joining the PTA, parents are doing the school a favor – given the amount of options they have. Therefore, it’s important to appreciate parents and thank them for their cooperation.

If this is done, it attracts them to join the PTA because they know that their efforts will not be taken for granted.

The Parent Teacher Association is influential in making certain decisions that lead to the progress of the school and effectiveness of teachers in doing their work. Therefore, all members of the PTA should create an environment which enables as many parents as possible – to join.