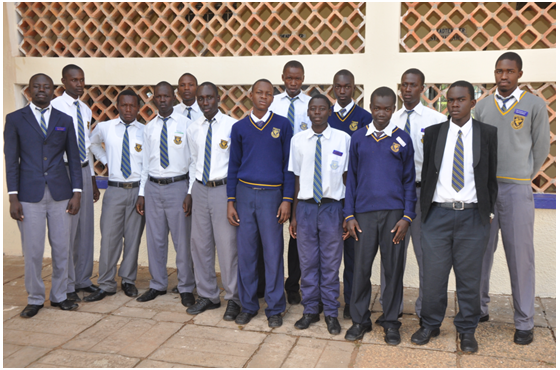 Every school can’t be run by just teachers without the help of students. This is because students share a lot of things with each other like classrooms, dining rooms, restrooms, etcetera. This means fellow students have a higher reach than teachers, so they can be their eyes and ears.

This is why students are given a chance to elect their prefects of choice – from those that have been nominated by the teachers after the vetting process. This article breaks down the usual big blocks of the student leadership structure.

The head prefect is the top most post in the student administration system. Since there is a head boy and a head girl, they are both mainly responsible for other prefects in their gender group. The roles of the head prefect include;

With all the duties of the head prefect properly performed, it’s almost certain that the school’s prefects’ body will be organized and fully functional.

In schools, by-elections aren’t held. Therefore, the post of head prefect doesn’t have to remain vacant as the direct replacement can always be appointed right away.

The time keeper, according to some people, is the most important prefect in the school cabinet. This is because all activities in school operate on time, and the time keeper is there to remind everyone. Below are the roles of the time keeper;

In most cases, the time keeper can be replaced if there’s a consistent delay in the time they ring the electric bell/ hand bell or gong.

Since the class monitor is like the absolute leader of the classroom, there always has to be a higher authority to check them.

Most schools normally provide entertainment to their students – but teachers are often too busy to do things like;

This is why the entertainment prefect’s post is availed so they can take care of all that. However, most schools leave this post for boys only – because they’re usually the only ones with basic knowledge in electronics.

With the sports prefect in place students are well motivated to participate in games and sports alongside their education.

In every boarding school, teachers know very well that students are easier to control in the classroom, than in the dormitory. Therefore, posts for dormitory captains help in things like;

While the dormitory captain is just another student that won’t stay up late to detect crime, students usually won’t commit those crimes in the captain’s watch.

Scouts are a very important part of the school, and they help get students mentally and physically strong, as well as teach social and survival skills. Therefore, the head of scouts plays roles like;

Usually, the head of scouts is voted by the scouts themselves because they know the candidates better than the general population.

Every school allows students to practice at least one religion. This is because the country itself is on a religious foundation, and so many parents don’t take religion for granted. Therefore, the religious prefect is expected to do things like;

Usually, some schools assign as many religious prefects as the religions they allow students to practice. However, other schools have only one to take care of all.

The only catch with prefects and other student leaders in school has always been how much authority they have, which determines what they can or cannot do. If not limited, prefects can go to the extremes like personally administering punishments to students, physically assaulting them or taking their property without asking. Therefore, student leaders shouldn’t be beyond reproach and their authority should be checked.