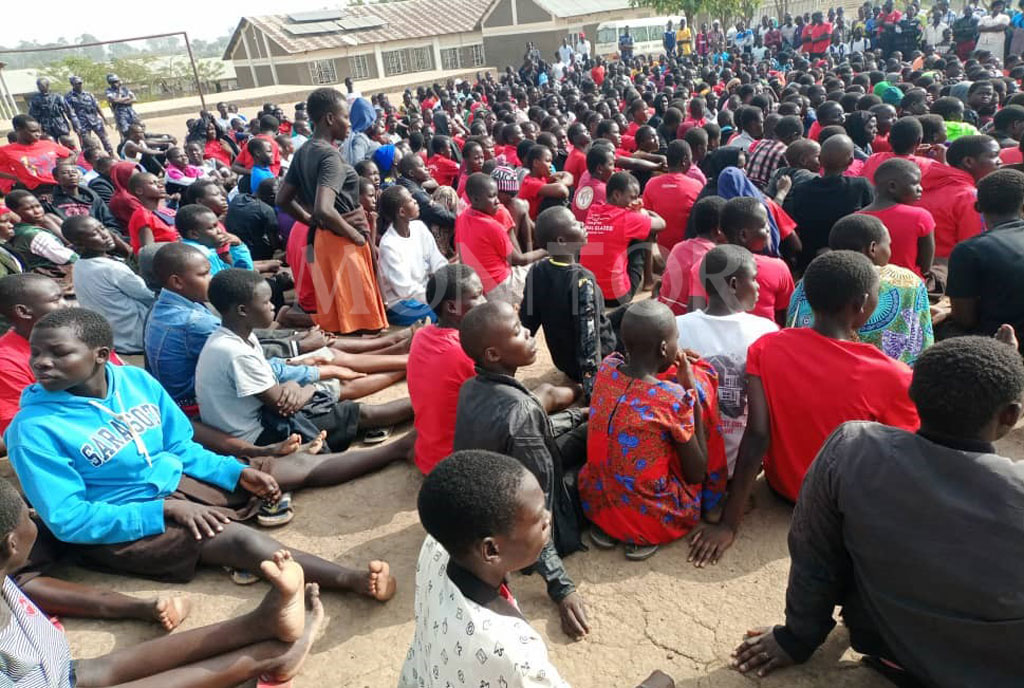 A large number of people of people, no matter where, is hard to control. However, a school is another level of difficulty due to the following reasons;

In highly populated schools, there are a couple of social and moral risks including;

It takes a lot of hard and consistent work, but strategy plays a great role in ensuring that a school remains peaceful and safe, despite being highly populated. The following reasons will show you why a school like Masaka Secondary School has managed to control a population of 4,000 students.

First of all, you can’t handle a large population of students if you don’t have enough space where they can fit. By this, I mean;

By creating enough space, your students will find the environment conducive, and that’s one of the best and most important ways that you can manage a school.

Every school can run smoothly if the administration avails a long slew of resources including;

With enough resources, parents can rest assured that their children have whatever they need to get good grades. On top of that, students will have no reason to complain or get lured into counterproductive activities.

Young people are so energetic, and it’s so easy for them to channel their energy in the wrong direction if they’re not properly guided. This is why rules and regulations are so important in every school.

Every administrator should set rules that include;

On top of setting these rules, you have to enforce them and pin them at every point where students can see them. If any student happens to break the rules, enforce the punishment without fear or favor.

4. Set routines for students and staff

As a school administrator, you probably already know that the students and members of staff don’t run on autopilot. This means you have to have a set of stipulated timeframes that each staff member should follow.

Also make sure it aligns with that of the students.

However, the routines you set will be useless if they aren’t enforced consistently. This partly calls for punishment to anyone that fails to adhere.

Just to drum this point into your ears (or eyes), penalties are very important as far as rules and regulations are concerned.

This is because everyone follows rules because they know, and probably are afraid of what will happen if they don’t.

Since there’s a wide gap between students and teachers, it is very important to keep your eyes and ears to the ground. This will keep you ahead of possible chaotic situations like strikes, arson or violence. Here’s how;

While monitoring the students is important, you have to make sure not to take anything lightly, just like a huge fire can start with just a small matchstick. Don’t ignore any leads.

7. Detect chaos and annihilate it

Adding on what I said about leads, there are always a couple of signals that show you what students could be planning.

As you might know, chaos is very dangerous and can even lead to the permanent closure and/or extinction of a school.

Therefore, it’s your role to detect the few notorious students and/ or teachers that could cause it, and deal with them accordingly.

As a school administrator, there’s some times that you might want to give your students or staff a little treat, just once in a while. Some of those treats include;

While this is a very good thing to do, some students might get used to it, and actually get angry when you stop giving it to them. In many schools, this has turned out catastrophic. Here’s how to prevent such a situation;

9. Deliver on what the students expect

While we’re talking about rights and privileges, you have to deliver on what students expect from you. Just so we’re clear, not each and every expectation of theirs Is valid. Therefore, only deliver on what you are supposed to deliver.

Sometimes, school administrators find themselves in tough positions because they did not strengthen the security around their premises ahead of any threat. Below are the things that can go wrong due to loose security.

There are many ways that you can tighten your security, which include;

Some of the worst case scenarios arise from failure to communicate efficiently and effectively with your students and staff. Through proper and transparent communication, you can easily stay in touch with your people, and in turn prevent mistakes like these.

How To Make It To The University Of Your Dreams