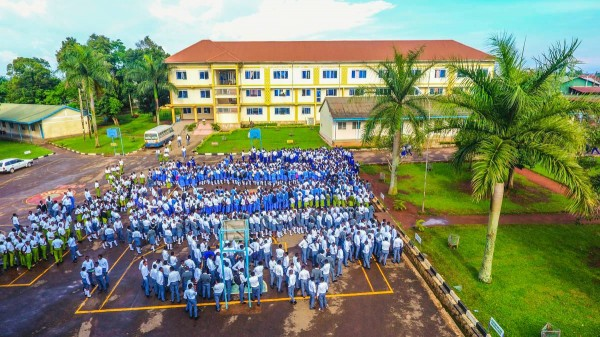 Uganda’s education sector has seen a great improvement and now, there’s a high competition between districts from all regions of the country. This has led to a constant change in who leads the table every year, and that’s a good sign.

However, there are some unbeatable districts that have always led the table, or had the most schools on the top 100 list. This is particularly because of the good schools in these districts, as ranked on the list below;

Every Ugandan knows that Wakiso district is like the epicenter of education in Uganda. This is because it has a plethora of schools, a very stiff competition and a record of always having the leading schools.

Being the capital city of Uganda, you shouldn’t be surprised it’s coming in  the second place. Kampala is filled with schools that have first class facilities and access to some of the best teachers. These schools usually charge a premium for termly school fees. They include;

Mukono is one of the fastest growing cities in Uganda. This is partly because it’s a very close neighbor to Kampala – meaning every benefit in Kampala spills over to Mukono. Below are some of the best schools.

Being large and highly populated, Masaka has grown to reach the best education standards yet, due to the rapid construction of schools and the existent competition. It is home to the following schools;

One of the most dominant cities in the West, Mbarara is home to so many schools and is developing rapidly, thus attracting a large number of people from other areas.

As the most industrial city in Uganda, Jinja attracts a large population, thus necessitating the need of good schools. Also, it’s been home to many schools many decades ago. They include;

Mpigi district is connected to Masaka and Wakiso districts. This means there are so many people that spilled over there. Here are the schools;

Fort Portal is the best district in the Tooro sub-region. It’s growing so fast and attracting massive investment into education. Some of its schools include;

After the National Resistance Army war in 1986, Luweero district attracted the attention of the government and stakeholders to rejuvenate and make it even better. Its schools are some of the fastest-improving in terms of academic performance. They include;

Very soon, the city of oil will be among the top 5. This is because since the discovery of oil, elevation to city status and construction of an airport, the city is attracting landslide development. Some of its schools include;

The education sector keeps growing, and soon enough, you’ll find so many new and good schools in some seemingly embryonic schools. That’s the beauty of this kind of competition beause in the end, everyone wins.