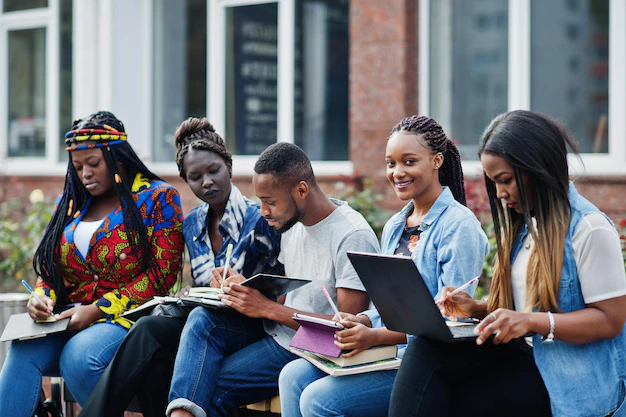 For many students, working in groups doesn’t come naturally, and they usually have to be taught by their teachers how to work in groups for the betterment of their own academic results. But first, let’s take a look at the reasons why some students are afraid of working in groups

No matter the reasons for not working in groups, so many students can learn to do so, and later see their academic performance change dramatically in the end. In this article, we discuss how you as a teacher, can help students learn to work in groups;

What’s the best way to build a habit? Create a reward after it’s done. Students who keep these groups running smoothly usually do it through collaborating and cooperating with other students to achieve maximal results. Some of the ways you can reward them include;

It’s important to make sure your reward doesn’t make them overly self-confident, smug or proud – because that can be the final blow to any academic success they were supposed to achieve.

Some students will want to work alone even if they have been instructed to work in a group. This means they have to hear it from you that working alone is more of a vice than a virtue, in the following ways;

In the real world, there has to be a balance between the capacity to work alone and the ability to work with others. Students have to be flexible enough to do both whenever they’re required.

One of the ways that you can keep a group together and motivate students to cooperate is by giving them projects to keep them active and together. Examples of these projects include;

When students are given a relatively big task that none of them can do alone, they’re then motivated to work with others. In this case, they share the workload amongst themselves and make sure each one of them fulfills their end, thus completing the task.

Sometimes, you just don’t have to be democratic in your classroom. This means you have to instruct students to work in groups, select the members they’ll work with, and then set tasks that they have to accomplish.

If you don’t give your students a way out, they won’t see it.

Grouping students heterogeneously means hand-picking the best students in your class and putting them together with the weak ones who need help. This can have immense benefits including;

Of course, there isn’t a perfect method in this, because sometimes the smart students will make fun of others because of their intellectual inadequacies. Therefore, this is usually dependent on the nature of the students and whether you can do anything to change it.

6. Create competition between their groups

What’s the better way to motivate people than to create a mild form of competition? There has to be a way that groups are ranked, and this will help students settle and work well in groups because;

If all this happens as listed above, your students start to grow and perform better and better before you even know it.

So many students will reject the idea of working in groups just because they know that their final exams will be done by only them. Of course that’s true, but it’s a myopic view. There’s no way you can force your students to see thing the way you do.

Instead, capitalize on what they think and take control of it by making their group participation crucial to their promotion.

If done well, students will do it regardless of whether they like it or not – because now they know it plays a part in their final performance.

Due to their own personal factors at play, some students simply comprehend and internalize better alone. However, this doesn’t rule out the fact that studying in groups is also good for them, as it helps enable them to analyze and think more critically. Also, studying in groups helps students understand better when they discuss with their classmates.

How to keep students deeply engaged in online discussions