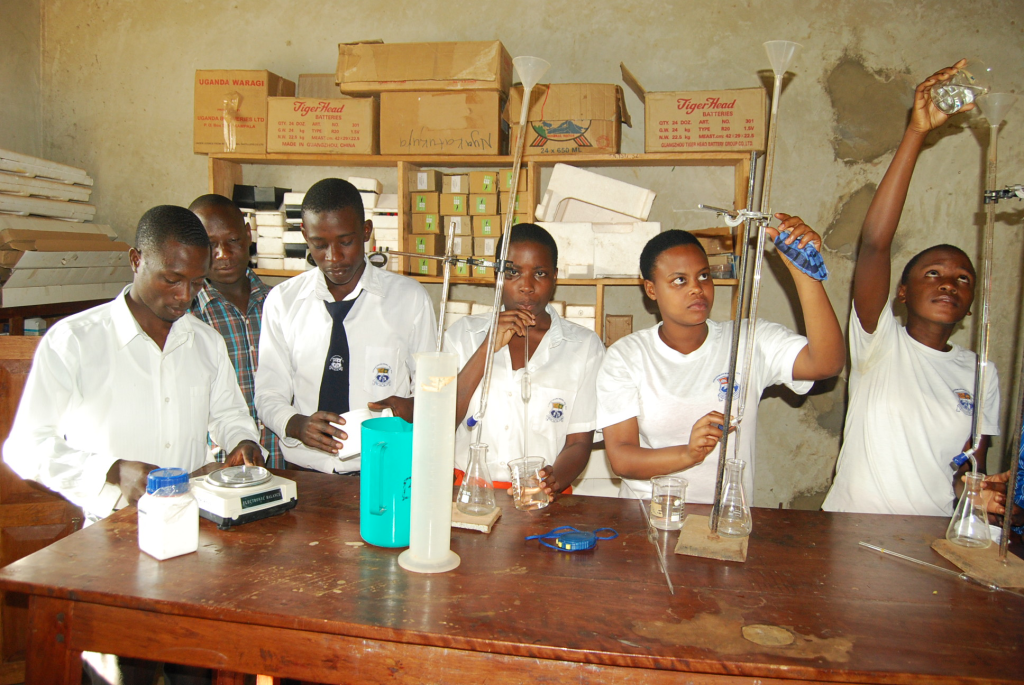 Many students are naturally capable of performing and excelling in science subjects like Physics, Chemistry, Biology, Mathematics and Agriculture. However, they usually resort to Arts subjects and descend down the rabbit hole of unemployment, even though they were rather passionate about the science subjects.

What pushes them that far? It’s fear of failure. This is because many of the students that choose science subjects usually struggle and underperform in these subjects. In this article, we are taking a look at why these subjects are being underperformed in most schools.

The government, through the Ministry of Education and Sports is entirely responsible for the dynamics of the country’s education. To be honest, they haven’t done enough to promote science subjects in the government-aided schools. Here are a few examples;

Of course these remedies aren’t relevant for the short term because they don’t yield immediate results, but the effects play out in the long term.

As a result of this, many students stand a high chance of failing these subjects no matter how passionate they are or how much they read.

Teachers are the main and most important determinant of the success of students in any academic discipline. This is why some schools have few science teachers;

Shortage of these teachers is a disaster, because some schools use a few teachers to teach multiple classes, leaving them tired and not as effective as they should be.

Some schools, in effort to look like they have enough staff, they hire teachers that aren’t fully trained or experienced in teaching science subjects. Here’s why

Ill-trained teachers, no matter how hard they work or how much experience they happen to gain in th long run, they are not as effective as the qualified teachers.

This, therefore, causes massive failures among science students because most of them won’t understand what they are taught.

Now, this is not the fault of any student, because they all make their choices based on what they see happen to others and what they would like to happen to them. However, these are the effects of students going for arts;

These effects create a cycle of failure in science subjects that can only be broken using revised and systematic approaches.

7. Lack of career guidance for students

Career guidance plays a huge role in the success of every student as they progress to their “A” Level or to university. This is where a teacher or parent sits down with a student and gives them advice on what choice of subjects/ courses they have to choose.

This immensely benefits students and contributes to their success, and lack of it has negative effects such as;

There are so many students that aren’t meant to do science subjects at their advanced levels, and they usually fail terribly because no one guided them on their choice of combination.

In Uganda, the future always seems uncertain to students, because of the visible clouds of unemployment that are set to rain on them once they set a foot out of school.

This is because the government has done too little to promote a positive attitude towards science subjects. The government needs to have incentives like;

The thing that students fear most is putting in lots of effort and watching it all go to waste. This is why some settle for any subjects that come their way, as long as they can qualify to get an “A” level pass slip.

These and more similar policies have a high chance of working before a school has been established. But once established, many schools start figuring out ways to dodge unfavorable government policies.

As many problems usually are, this one will take quite a while to solve. The government recently announced that they were to come up with strategies to solve the problem here, but we still don’t know how long it will take. However, the status quo now depends on the choice of school that every parent makes and the daily administrative decisions that run the school.