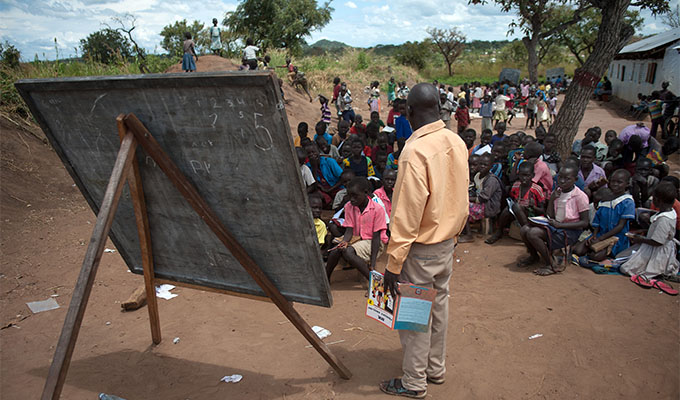 Schools in rural areas face their own share of problems that are quite different from the problems in urban schools. This is because the location influences a lot of things about the school including;

With all those factors in play, the condition of the school is almost predictable once you know about its location. This article discusses the challenges faced by schools located in rural areas while all those factors are in play.

Whether government-aided or private schools, inadequate funding is one huge problem that mainly affects schools in rural areas. This is because;

When a school is faced with the problem of inadequate funds, there’s a huge possibility of failure, as compared to success, which threatens the longevity of the school.

2. Inadequate accommodation for teachers and students

Every school should be able to accommodate students (boarding section) and teachers whose homes are reasonably far from their place of work, so they can save time. However, most rural schools can’t provide enough accommodation for them, leading to problems like;

Usually, it is because the school administrators didn’t get enough land, and also didn’t construct enough buildings to accommodate a large number of students and staff.

Most schools in Uganda usually accept school fees payments in installments. This helps parents clear their children’s school fees without stressing out. However, some parents delay to make their payments and feed the administration on excuses. This causes things like;

For problems like parents paying late, it’s always the school administrators to blame. This is because a parent only keeps making excuses if you let them.

There are so many negative beliefs that most people in rural areas hold about education. This is usually inspired by what they subscribe to, in terms of cultural beliefs. They include;

With all these beliefs in anyone’s mind, it’s easy to go astray and consequently, it leads to a very low turn up of students in rural schools.

Some rural areas try to embrace education, but face challenges when it comes to scarcity of resources in some schools. One of the rarest resources is the classrooms themselves.

This is why so many schools have children sitting under trees throughout the entire day, so that they can learn. However, this isn’t effective because it’s not sustainable in times of harsh weather like rain or hailstorms.

In rural schools, there are few teachers, even when the students require a little bit more staff to teach effectively. This is usually because;

In most cases, the existing staff at these rural schools is usually unstable, and they can shift to look for greener pastures at a moment’s notice.

In rural areas, parents and students don’t value every moment in the classroom as much as those in urban schools. This means they can decide to miss classes whenever it feels convenient for them. Usual circumstances include;

Teaching aids are some of the most important necessities in teaching – and their absence can cause failure of students. In rural areas, students grapple with academic failure because of the absence or inadequacy of things like;

Staff in rural areas, due to low competition and limited exposure, are extremely incompetent. This, then affects their conduct – thereby affecting their students’ general academic performance. Their actions include;

10. Lack of professionalism among staff

Staff in rural areas usually don’t uphold a professional code of conduct, usually because they aren’t educated on the proper etiquette and ethics of teachers. Their unprofessional behavior consists of things like;

Schools in rural areas have always lagged behind, despite the efforts of the Ugandan government and private stakeholders. However, this will slowly start to change due to the increased effort and number of qualified teachers in the job market.

10 Outstanding Roles of a class teacher