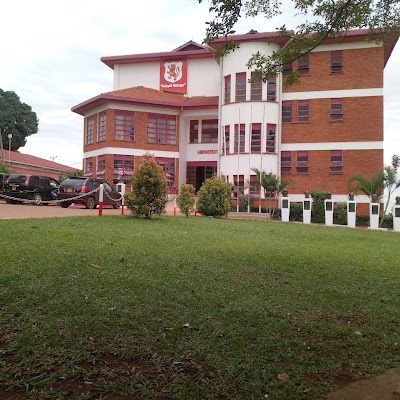 The age of a school, especially in secondary schools, has a lot to do with the academic excellence of students, even though it’s not the absolute determinant. In the list below, you’re about to encounter a couple of schools that have turned out better than the rest in academic consistency and maintenance of their reputation.

For more than a century in existence Kings College Budo is one of the most trusted government-aided learning centers for academic excellence. Besides the astoundingly beautiful school premises, the institution sharpens the students’ understanding in the following;

All those characters combined with the fact that almost every alumnus is a social outlier, the institution is trusted to produce the best gems.

With eighty years of existence, this ‘O’ and ‘A’  level girls Catholic founded school has maintained a streak of great performances from their students.

Unlike back in the day, many parents doubt single schools as a way of raising their children, unless the school has a religious background and a convincing academic performance, and Mt St Mary’s College possesses both.

St Mary’s College Kisubi, commonly known as SMACK, is one of the oldest and most prestigious Catholic-founded and government-aided schools in Uganda.

With strong, bold and consistent emphasis on education and religion, the school has attracted a total population of almost 1,500 students, including children of famous personalities like celebrities and politicians, who are usually also alumni..

Being one of the few incredible contenders in the academic field, St Mary’s Secondary school, Kitende has proven itself worthy enough in academics and sports, to the extent that there are widespread allegations of examinations malpractice. Reasons for its success include;

With a strong Catholic foundation, Uganda Martyrs SS Namugongo has kept on appearing on the list of the top schools in both UCE and UACE examinations every year.

More to that, it’s one of the most trusted private Catholic schools in Uganda, with a current maximum population of over 1,800 students.

Located in the heart of Mbarara, Ntare school is one of the most famous all-boys single schools in the Western and South Western regions in the country.

Back in the day, many parents were reluctant to take their boys to this school because of allegations of bullying, but they’re no longer existent.

The school remains one of the giants in the Western region on both UCE and UACE levels.

Located in Gombe Town, Butambala district, this school was initially founded by the Buganda government with an aim of educating the sons and daughters of chiefs. With a Muslim foundation, it cherishes the religion, but still admits all the rest.

The school has been known to produce students that are well disciplined, dignified and with great leadership skills added to their great performance.

St Henry’s College Kitovu is an all-boys single government-aided secondary school in Central Uganda. It has spent a century in existence since it was founded by the Catholic White Fathers.

This school is mostly attended by middle and upper class children because they charge a premium for school fees and requirements.

This recently attracted mass criticism, after which they came out and defended their exorbitant budget justifiably.

This boys-only Boarding middle and high school is located in Mukono city, is one of the most prestigious secondary schools in the country.

This school has been widely reputable for the fact that it has placed special emphasis on academics and sports, making it the first choice of a majority of Primary leavers across the country.

This all-girls secondary school has been in existence long enough to cement its reputation as one of the best girls schools around.

It was initially founded as a Muslim girls school by Prince Badru Kakungulu, a Buganda royal. However, it now accepts girls from all religions.

The school has become one of the many timeless schools that have adopted technology for a smooth sail of academic activities.

These schools are the best secondary schools in  the country, and it’s hard to ask for recommendations from people and get less than five from this list. However, this doesn’t mean they’re the only good schools in the country.

10 most recommended primary schools in Uganda